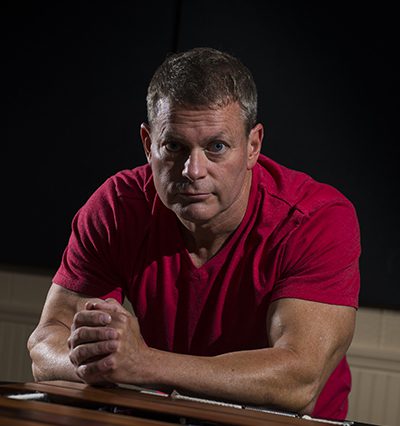 ANDY HARNSBERGER has performed in musical venues across North America, South America, Australia, Japan, and Europe, and is in demand as a recitalist and clinician. He has been a presenter and featured solo artist at PASIC and has appeared at numerous PAS Days of Percussion.

Dr. Harnsberger’s compositions have been performed internationally and he is a multiple recipient of the ASCAP PLUS award for his contributions to American Concert Music. He has made several guest appearances on National Public Radio, both in interviews, and live performances to bring public awareness to the marimba as a solo instrument.

Andy Harnsberger is Associate Professor of Music at Lee University. He earned his DMA in Performance and Literature at the Eastman School of Music where he also received the prestigious Performer’s Certificate. Andy is a performing artist and clinician for Malletech Instruments and Mallets, Remo Drum Heads, Sabian Cymbals, and Grover Pro Percussion.

ABOUT THE SHOWCASE CONCERT: Marimba and Percussion Ensemble