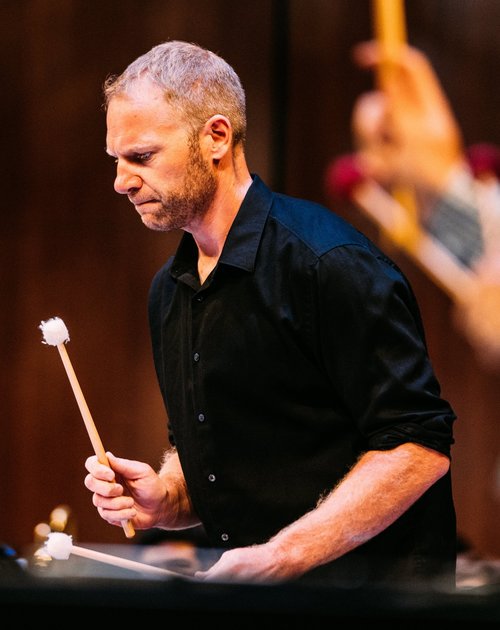 For over 18 years, Brian has been in demand as a performer, teacher, composer and arranger based in the Southern California area. In that time, he has performed with internationally renowned artists such as Peter Erskine, Alex Acuna, Tom Scott and the late Ed Shaughnessy. Brian attended California State University, Northridge where he studied with John Magnussen, Karen Ervin-Pershing, and Jerry Steinholtz.  In addition, Brian has had the privilege of teaching and designing for some of the most highly decorated programs in the world.

Brian has been on the staff of Blue Devils Drum & Bugle Corps since 2009, and is currently the Front Ensemble Caption Head as well as Front Ensemble Arranger/Sound Designer for the 19-time DCI World Champion. 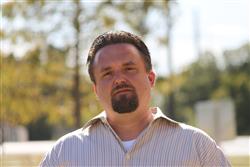 Alan is one of two percussion arrangers/composers for The Cavaliers Drum & Bugle Corps. He has been teaching the front ensemble since 2002 and was the staff coordinator for the corps from 2012-2015. In his first year as front ensemble arranger (2011) The Cavaliers received the prestigious Fred Sanford Award for outstanding percussion at the Drum Corps International World Championships.

Alan has arranged both battery and pit music for several Texas state marching band finalist bands including Coppell High School and Dripping Springs High School. He is currently the front ensemble arranger for Flower Mound High School, 2016 Texas UIL State Marching Band Champions and back-to-back winners of the Bands of America Super Regional in San Antonio. Alan has also arranged for marching bands and indoor percussion ensembles across the county and has presented clinics throughout much of the United States and in Japan.

Alan attended and received his bachelor’s degree from West Texas A & M University, where he studied percussion with Dr. Susan Tariq and conducting with Dr. Gary Garner.

Alan is an Innovative Percussion educational artist and is published through Tapspace and Drop6. 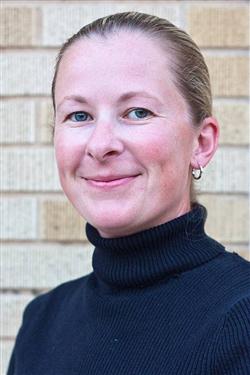 Sandi Rennick is a percussionist and marimba soloist with extensive performing and teaching experience in the DFW area and throughout the United States. An original cast member of the Tony and Emmy Award-winning production “Blast!”, Sandi performed in London, England, as well as a featured marimba soloist on tour throughout the United States. Sandi is currently a percussion arranger for the Santa Clara Vanguard Drum and Bugle Corps (2011-present), and the Troopers Drum and Bugle Corps (2013-present).

A member of the Percussive Arts Society since 1995, Sandi served on the PAS Marching Committee for 13 years, and was elected to the PAS Board of Advisors in 2019.

Sandi is an Adjunct Professor of Percussion at the University of North Texas and Texas A&M University-Commerce. In addition to her drum corps responsibilities in the summer, she also serves on the faculty of the UNT Keyboard Percussion Workshop, and is a clinician for the Girls March music and leadership camps.

Sandi is a Signature Artist for Innovative Percussion, Inc., and a clinician/artist for Dynasty USA, Remo Drumheads, and SABIAN / Gon Bops Percussion.

POWERHOUSE Arranging for the FRONT ENSEMBLE!

Three of our Marching Arts leading authorities are coming together to collaborate and share design secrets and strategies for arranging for the Front Ensemble. This unique clinic includes Sandi Rennick, of the Santa Clara Vanguard, Alan Miller of the Cavaliers, and Brian Dinkel of the Blue Devils.  These three POWERHOUSES, will use common source material to each create a customized arrangement, and present for PAS, their adaptation of the material. Each arranger will have an opportunity to feature their arrangement and discuss specifics in regard to decision making, style and orchestration strategies. This class of three award winning designers collaborating together, will surely educate, motivate and  inspire us all as we look forward to the Marching Arts returning to the field together again. 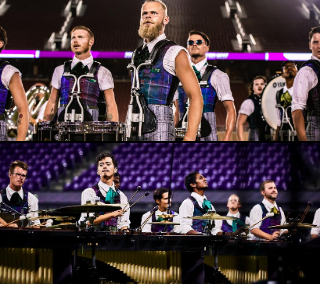 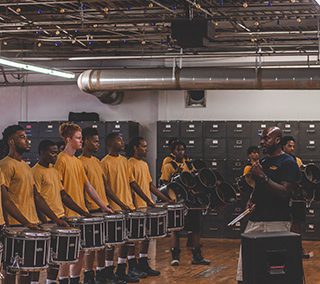 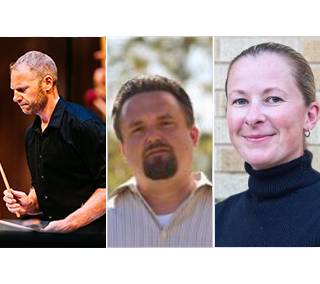 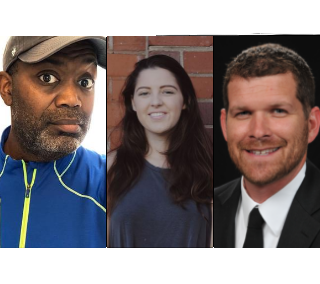