Drummer, Clinician and Innovator Eric Moore II has been wowing crowds the world over with his blazing technique and infectious personality. Eric started his professional career at age 4, playing in churches in and around his city with his father who is an accomplished organist. Fat forward to 2003, Eric won the coveted Guitar Center Drum Off. Soon after Eric was on the road touring and recording with artists and bands such as Sly and the Family Stone, New Edition, Bel Biv Davoe, Suicidal Tendencies, Infectious Grooves and Chico & El DeBarge. During this time Eric performed clinics around the globe as well as recorded an album with his band TRAM and his most recent record with his newest band Lillake, showing off his metal and odd time chops. In 2016 alone, Eric recorded the #3 most popular lesson series with Drumeo with well over half a million views and performed clinics in National and Korea, Spain, London, Singapore and ended the year with a 6 date Zildjian Latin America tour. 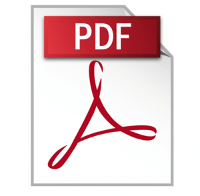 Session: Clinic/Performance
“Speed and Facility Around the Drum Set”