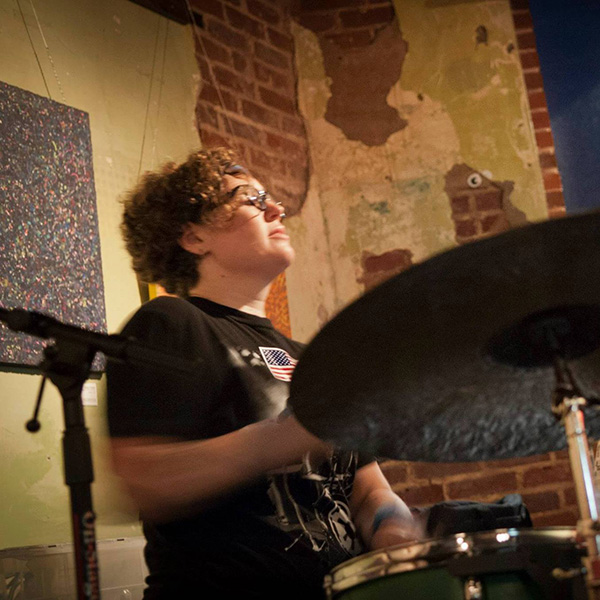 Olivia Kieffer is an American composer, percussionist, and educator. She has degrees in percussion from the University of Cincinnati College-Conservatory of Music and Georgia State University, where she studied with Allen Otte and Stuart Gerber. She works independently with Marc Mellits and Douwe Eisenga, and she studied with Jon Welstead at UW-Milwaukee.

She taught percussion and World Music and directed the Percussion Ensemble at Reinhardt University from 2009-2017. She was an active composer and performer in Atlanta’s thriving contemporary classical music scene for over a decade, including her work as bandleader and drummer for the 7-piece chamber rock band Clibber Jones Ensemble. In 2017, she was Composer-in-Residence at the Florida International Toy Piano Festival, and at the Mana Saxophone Institute.

Her music has been described as “immediately attractive”, “like a knife of light”, and “Honest, to the point, and joyful!”

ABOUT THE PERFORMANCE PIECE: 10 Short Pieces for Solo Vibraphone

I composed and published “10 Short Pieces for Solo Vibraphone” in March of 2016, gaining inspiration for the music from a project of mine that was still in motion at the time; a book of 55 toy piano miniatures.

My goal was to provide a volume of 4-mallet vibraphone solos that bridge the gap between intermediate and advanced repertoire, and that will be both enjoyable for the performer and for the audience.

These pieces work as etudes, but also as a pedagogical tool. There are mallet suggestions for each piece, alongside the types of movement presented. There are no directions for pedaling or articulation, which is a deliberate choice to leave plenty of room for the performer to get creative!

The instructions include “to be performed in any number and in any order”. Each of these 10 minimalist pieces has its own distinct mood and color.