The Percussive Arts Society International Convention (PASIC) – Drum Circle Facilitation Workshop is a 5-hour workshop providing facilitators at any level – beginner to advanced – the opportunity to enhance their facilitation skills by learning from a world-renowned drum circle facilitator. 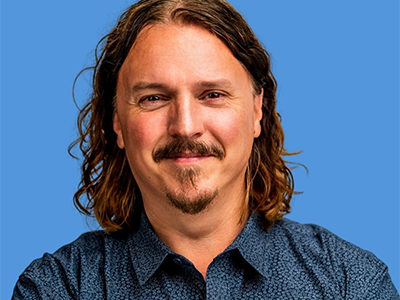 Jim Donovan M.Ed., is a professional musician, trainer and an Assistant Professor at Saint Francis University.

His TEDx Talk “How to Trick Your Brain Into Falling Asleep” has been viewed nearly 5 million times to date.

His mission is to share the healing power of music through education and performance. He specializes in placing music and wellness programs in organizations who focus on people with disabilities and people recovering from addiction.

Since 1999, Jim has led 3000+ events of all shapes and sizes – including training courses, university classes, corporate team building, conference presentations, and retreats.

Donovan was voted “Drum Circle Facilitator of the Year” by the readers of Drum! magazine. He holds a Masters in Educational Leadership from Saint Francis University and a BA in classical music performance from the University of Pittsburgh.

Donovan performs with his band Sun King Warriors and was a founding member of the multi-platinum band Rusted Root. There he co-wrote the song “Send Me on My Way” featured in the movies “Ice Age”, “Matilda” and the Netflix Film “Holiday in the Wild”.

It also became the first song on Mars where it “woke up” NASA’s Mars Rover.

Learn to Lead Your Own Transformational Drum Circles & Wellness Events

WHAT IS DRUM CIRCLE LEADERSHIP?

The goal is to shorten your path to leading meaningful and successful drum circles.

The PASIC Drum Circle Facilitation Workshop will take place on Sunday, November 14 from 9 AM – 2 PM at the Indiana Convention Center, room to be confirmed.

PLEASE NOTE: In order to attend the Drum Circle Facilitation Workshop, you must be able to verify that you are, or will be, fully vaccinated for COVID-19 prior to attending on November 14, 2021, in Indianapolis, Indiana. If you have a medical condition that prevents you from receiving the vaccination, you will need to email pasic2021@pas.org in advance with proof of your exemption. No one will be admitted to the Drum Circle Facilitation Workshop without being vaccinated or submitting advance proof of exemption.

The PASIC Drum Circle Facilitation Workshop is sponsored by the Percussive Arts Society, the Interactive Drumming Committee, and Remo, Inc. To learn more about the committee and how you can get involved, please visit this link.