The Marimba Masterclass with Mark Ford will take place on
Saturday, November 16 at 2:00PM in Room 109 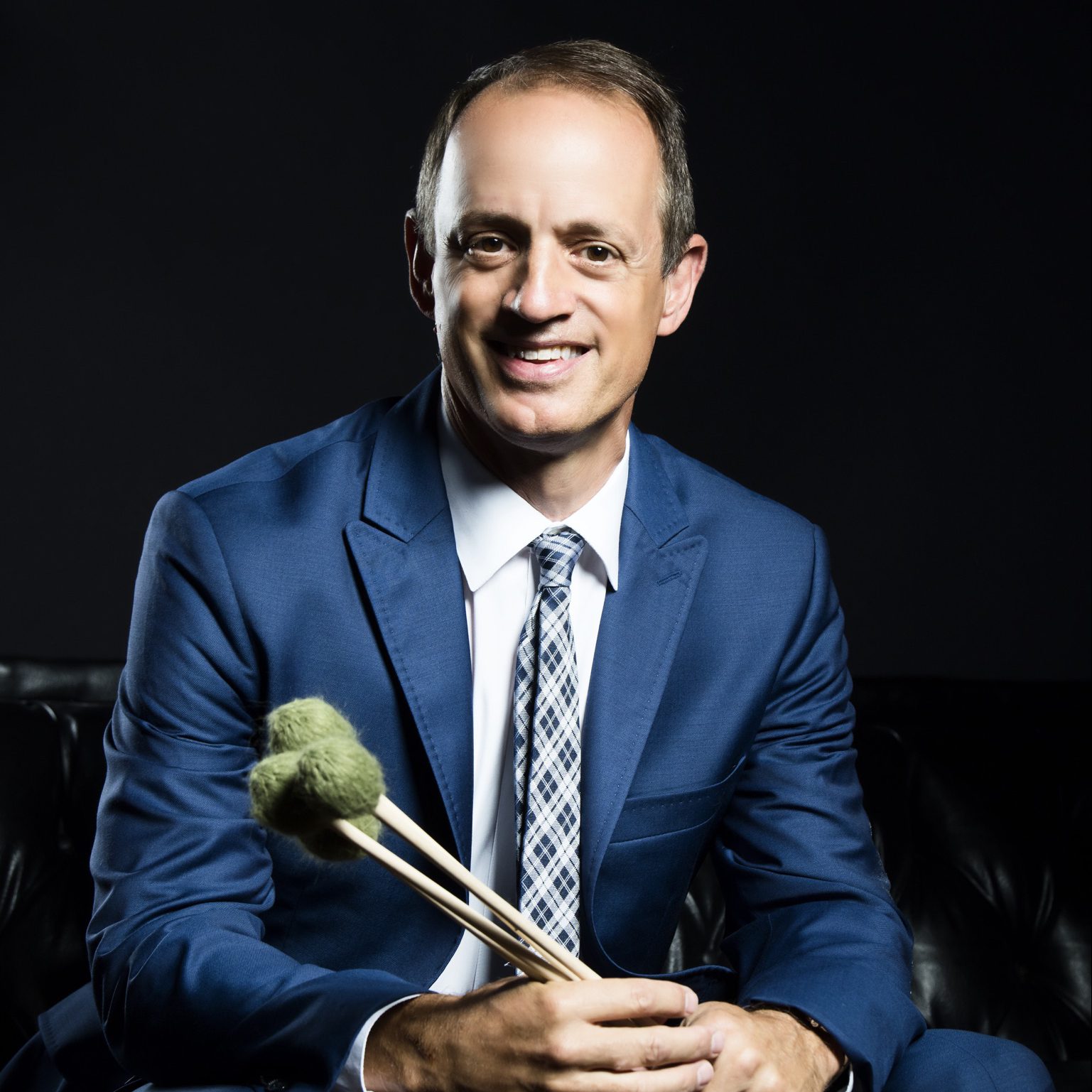 Mark Ford is a marimba artist and the Coordinator of Percussion at The University of North Texas College of Music in Denton, Texas. As a Past-President of the Percussive Arts Society and the coordinator of one of the largest percussion programs in the United States at UNT, Ford is an active performer and composer. Mark has been featured as a marimba soloist throughout the United States at universities, festivals and music conferences. He has performed internationally throughout Europe as well as in Japan, China, Taiwan, Australia and South America. In addition to his duties at UNT, Ford is also the Artistic Director for the annual Drum Fest Marimba/Vibraphone Competition in Opole, Poland.

With over three decades of performing, teaching and composing to his credit, Mark’s recordings have established his dedication to excellence in music. Ford’s solo marimba CDs, Stealing a Moment, Motion Beyond and Polaris, have become standards in the percussion world. His CDs have been described by PAS’ Percussive Notes as “beautiful, exceptional and virtuosic.” Mark has also recorded numerous concertos with the UNT Wind Symphony under the direction of Eugene Corporon. These include two DVDs and a CD with Japanese virtuoso marimbist Keiko Abe as well as the latest 2017 Wind Symphony recording, Contact, which includes marimba/percussion concertos by Jennifer Higdon, Daniel McCarthy, Keiko Abe and Ford.

As a composer Mark Ford has written popular works for solo marimba and percussion ensemble including Marimba Heritage, Head Talk, Polaris, Kingdom Lore Fanfare, Stubernic, Afta-Stuba!, CABASA!, The Surface of Life and Coffee Break (co-composed with Ewelina Ford). His Stubernic Fantasy Concerto has been recorded on 5 albums and performed on tour by the US Navy Band, the US Air Force Band and numerous university wind ensembles. His compositions have been performed at universities and concert halls throughout the world and also featured on National Public Radio. His most recent works include CABASA!, Moon Chasers for solo marimba, IE2 written for the Ju Percussion Group in Taiwan and Pivot Point for saxophone quartet, marimba and cajon.

Ford is also the author of Marimba: Technique Through Music, a four-mallet marimba method book used by conservatories and schools of music around the world. His new book for marimba, #MarimbaBaby (published by Musicon Publications) was released in the summer of 2018.

Ford has been recognized as a leading percussion educator, and his former students perform and teach throughout the country. Under his direction the UNT Percussion Ensemble has toured in Poland, Croatia, France and Belgium and also won the PAS International Percussion Ensemble Competition. Mark Ford proudly represents Tama, Bergerault, Zildjian, Evans Drum Heads, Meinl Percussion and Innovative Percussion Inc. as performing artist and clinician.

To participate in the Marimba Masterclass: