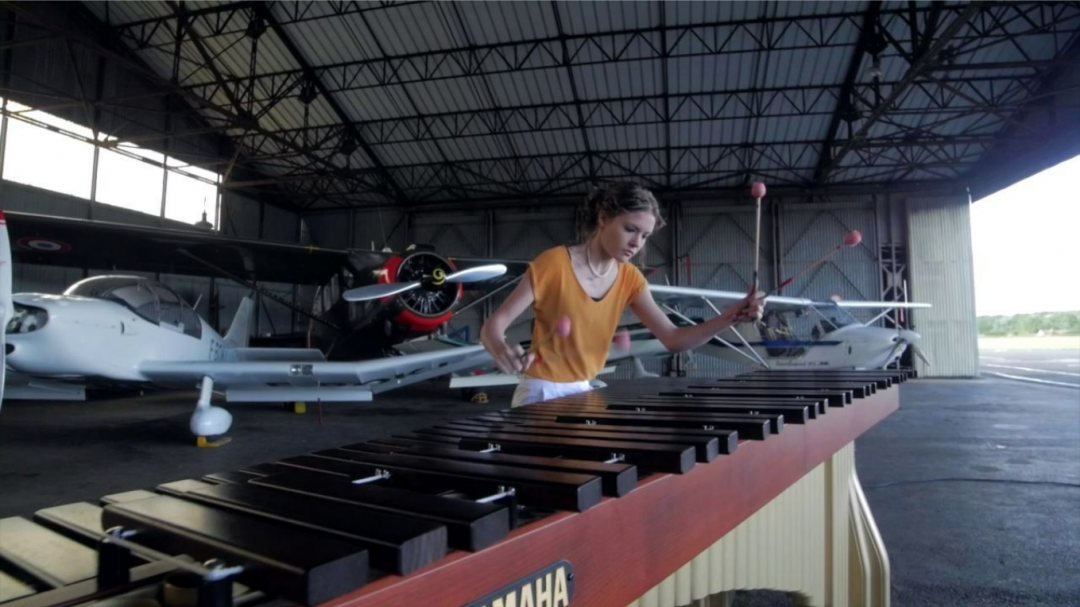 2017 Instrumental Solo Revelation of the 24th edition of the Victoires de la Musique Classique (the french equivalent of the classical grammy awards), Adelaide is the first percussionist ever awarded at this ceremony.

Having obtained a Master degree with honours in 2017 at the Conservatoire National Supérieur de Musique et de Danse de Paris, that she integrated at the age of 15, she also studied at the Royal College of Music of London in 2016.

She became laureate of the « Safran Music Foundation » and «Adami Foundation » in France in 2017, before being supported by the Engelberts Foundation in Switzerland in 2019.

The percussionist has worked on many original projects, as the creation of « Play » ballet by Alexander Ekman on stage of the Paris Opera, in 2017, which is reprised at the Palais Garnier in June 2020,  and creation of the theater piece « Electre/Oreste » by Ivo Van Hove, on stage of La Comédie-Française and Epidaure Theater in Greece from April 2019 to February 2020. Adélaïde is also member of the Trio KDM with Anthony Millet, Gilles Durot and Aurélien Gignoux »

Trio Xenakis with Emmanuel Jacquet and Rodolphe Thery in residence at the Singer- Polignac Foundation since 2018.

She is a Yamaha Artist, and sponsored by Black Swamp USA, Southern Percussion UK and Alternate Mode.