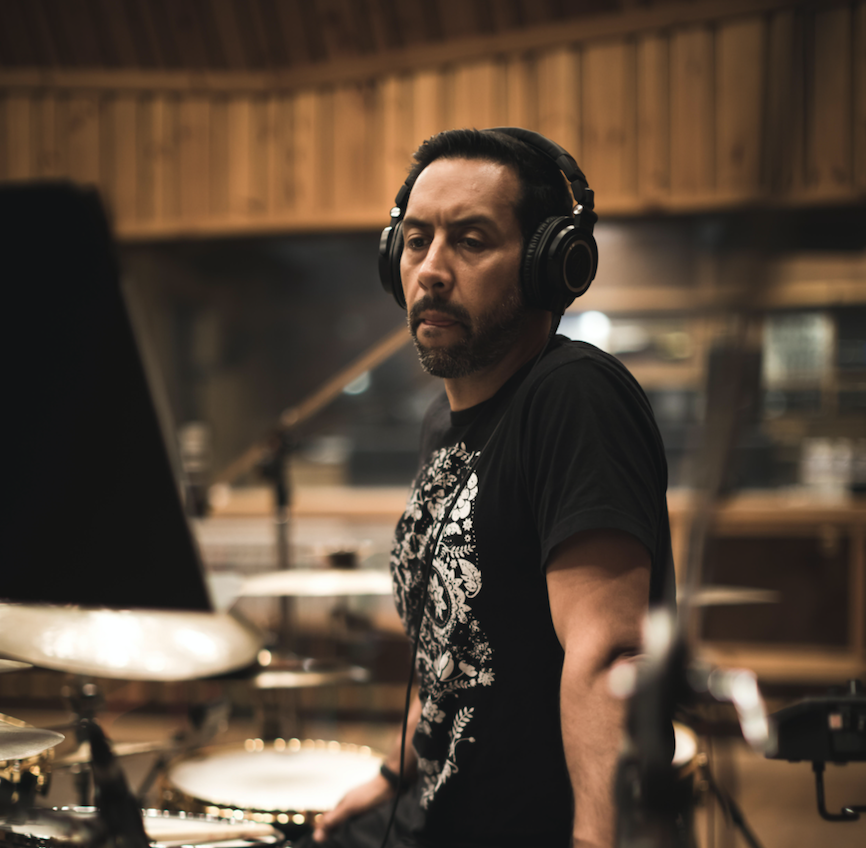 Born in Mexico City, 5 time Grammy Award winner Antonio Sanchez began playing the drums at age five and performed professionally in his early teens in Mexico’s rock, jazz and latin scenes.
He pursued a degree in classical piano at the National Conservatory in Mexico and in 1993 enrolled in Berklee College of Music and New England Conservatory, where he graduated Magna Cum Laude in Jazz Studies.
Since moving to New York City in 1999, Antonio has become one of the most sought-after drummers in the international jazz scene. Following 18 years and 9 albums as one of the most revered collaborators with guitarist/composer Pat Metheny, he also has recorded and performed with many other most prominent artists like Chick Corea, Gary Burton, Michael Brecker, Charlie Haden and Toots Thielmans.
In 2014 Sanchez popularity soared when he scored Alejandro González Iñárritu’s Birdman or (The Unexpected Virtue of Ignorance) which ended up fetching 4 Academy awards (including best picture) and for which Antonio won a Grammy award. Additional film/tv projects include EPIX network’s Get Shorty and Hippopotamus among others.
He currently has close to a dozen recordings as a leader and solo artist. His recent projects to date include the critically acclaimed, through-composed epic The Meridian Suite, the star studded album Three Times Three, Grammy nominated Bad Hombre -a sociopolitical electronica & drums exploration, Channels of Energy released this past year, an ambitious project with the WDR Big Band with arrangements of his works by Vince Mendoza and the most recent 2019 release, Lines in the Sand with his band Migration. Here Sanchez turns his political anger into a moving musical statement of epic compositional proportions as much a protest against injustice in our current political climate and as a tribute to every immigrant’s journey.
To date Antonio has been awarded 5 Grammy’s, nominations for Golden Globe & Bafta Awards, wins for the World Soundtrack New Artist Discovery and Best Original Film Score Award, 3 Echo Awards (Germany), Hollywood Music in Media Award, the Critics’ Choice Movie Award and 3 Modern Drummer’s Jazz Drummer of the year, among many other wins and nominations. He has been the featured cover artist for DownBeat, JazzTimes, JAZZIZ, Modern Drummer (twice), Drum!, Musico Pro and Drumhead among others.

ABOUT THE CLINIC: The Art of Storytelling.

Storytelling and lyricism through logical and systematic motivic development as the basis for unleashing creativity on your instrument.
FACEBOOK
INSTAGRAM
TWITTER
Photographer – Adrien Tillman
Skills Posted on