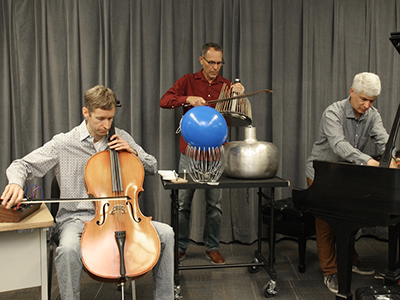 Chance Designs explores notions of chaos theory within the context of sound. A networked system of musicians, instruments, microphones, loudspeakers, and digital signal processing algorithms is established – there is a possibility of something happening. From the very first sound produced (system input), a process of interaction between the musicians and computer proceeds in the sound domain. Musical form (design) is then considered an emergent property of this dynamical system of sonic interactions. For this performance, we have collaborated with Jecorey “1200” Arthur who has reached over a million listeners through appearances at Big Ears Festival, Forecastle Festival, and Jungfrau Erzählfestival in Switzerland; collaborations with the Stereo Hideout Brooklyn Orchestra and the Pittsburgh, Indianapolis, Nashville, Columbus, and Oregon Symphony Orchestras; performing as the first hip hop artist with the Louisville Orchestra including world premieres of folk opera The Way Forth and rap opera The Greatest: Muhammad Ali. 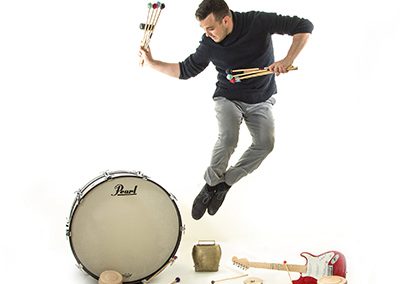 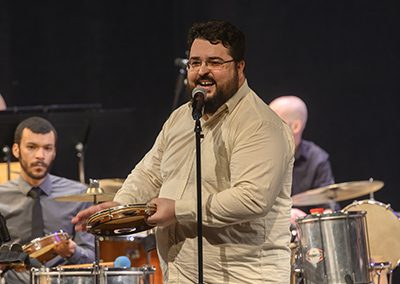 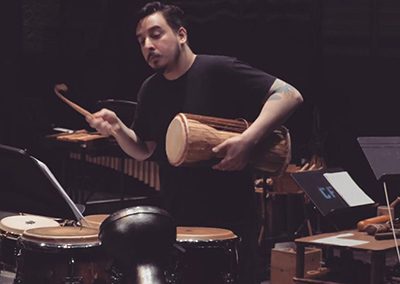 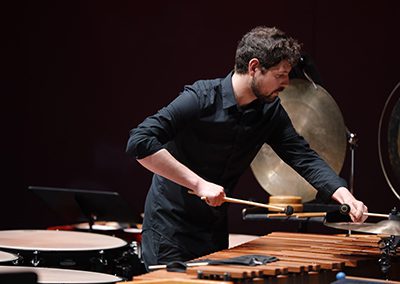