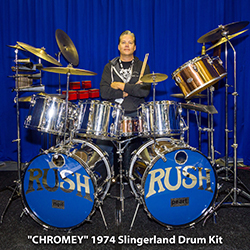 Eric C. Hughes is the Drum Set Committee Chair for the Percussive Arts Society and a freelance musician in Houston, Texas.  Eric attended the Frost School of Music at the University of Miami (FL) where he received his Masters in Studio Music and Jazz.  He has lived in Texas for 20 years and has played with a wide variety of artists including members of Fastball, Archie Bell, and Roy Head.   He is the current drummer for the well-known band BLAGGARDS and they have just finished their first recording in 15 years. 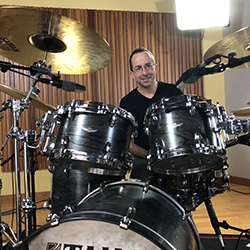 Joe Bergamini maintains a diverse career as a drumming performer and educator. Enjoying various styles of playing, he is most well-known for his progressive rock drumming in the bands Happy the Man and 4Front. Currently, Joe tours internationally as the drummer for The Doo-Wop Project, and has worked extensively on Broadway. In 2018, he held the drum chair for the Broadway production of Gettin’ the Band Back Together, and has also performed at School of Rock: The Musical; Beautiful (The Carole King Musical); Hamilton; Natasha, Pierre and the Great Comet of 1812; Movin’ Out; Jersey Boys; Rock of Ages; In the Heights; Spider-Man: Turn Off the Dark; Jesus Christ Superstar (2012 revival); Bring It On; Million Dollar Quartet; Pippin (2013 revival) and The Lion King. He has also appeared on the first national tours of Movin’ Out, Jersey Boys and Beautiful, and with the Philly Pops and the Detroit, Jacksonville, Seattle, Indianapolis and Vancouver Symphony Orchestras.

Recognized internationally as an educator, Joe has given hundreds of drum clinics in schools, retail stores, and conventions. He has appeared at the Percussive Arts Society International Convention (PASIC), the Ultimate Drummers Weekend (Melbourne, Australia), the Cape Breton Drum Festival (Nova Scotia, Canada), KOSA (Vermont, USA), and the Sonny Emory Drum Camp (Atlanta, USA), and has done two clinic tours for Tama Drums. He has been teaching privately at his own studio for over 25 years. Among Joe’s many private students who have gone on to pro careers is world-renowned jazz drummer Mark Guiliana.

Joe is very active in the publishing and education areas of the music industry. In 2015 he became Education Consultant for Sabian, designing and directing the Sabian Education Network for drum teachers. As the Senior Drum Editor for Hudson Music since 2009, Joe has worked in the acquisitions, project management and editing of educational drum products from many of the world’s greatest drummers, including Steve Smith, Mark Guiliana, David Garibaldi, and many others. A career highlight for Joe was his collaboration with Neil Peart on his Taking Center Stage: A Lifetime of Live Performance DVD and companion book. Joe also partnered with Hudson Music co-founder Rob Wallis to assist in designing and launching Drum Guru, one of the highest-rated educational apps for drummers.

As an author, Joe has won four Modern Drummer Readers Poll awards for his drum books, including best drum book of 2013 for Neil Peart: Taking Center Stage. He is also the author or co-author of nine other books and has edited dozens more. Joe was formerly Percussion Editor for Carl Fischer Publications, has worked on various promotional and R&D projects for Tama drums, and is co-owner (with Dom Famularo) of Wizdom Media, an independent music publisher distributed worldwide by Alfred Music. 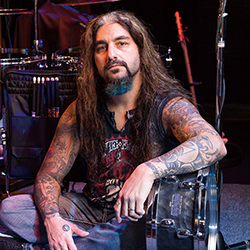 Mike Portnoy is one of the founding members of Dream Theater with whom he was with for 25 years. He is currently the drummer in Sons of Apollo, The Winery Dogs, Transatlantic, Flying Colors, The Neal Morse Band & Metal Allegiance. He has also recorded &/or toured/performed live with Avenged Sevenfold, Twisted Sister, Adrenaline Mob, PSMS, Liquid Tension Experiment, OSI, Bigelf, Hail!, Stone Sour, Fates Warning, Overkill, G3 and his 4 tribute bands with Paul Gilbert: Yellow Matter Custard, Hammer Of The Gods, Amazing Journey and Cygnus & The Sea Monsters.

Mike was born on April 20th 1967 in Long Beach, Long Island, New York. He grew up learning to play the drums primarily self-taught by listening to his early biggest influences: Ringo Starr, Keith Moon and John Bonham. As he developed a taste for more challenging progressive music, his biggest influences were Neil Peart and Frank Zappa.

He attended the Berklee College Of Music on a scholarship in 1985 which is where he formed the band Dream Theater with whom he sustained a successful career for 25 years, developing a tremendously devoted fan base and record sales of over 10 million copies worldwide.

Mike’s long list of Awards include 30 Modern Drummer Magazine Reader’s Poll Awards including Hall of Fame Inductee in 2004, MVP of the Year in 2010 & 2013, Best Progressive Rock Drummer (for the magazine’s record of 13 times), Best Clinician (twice), Best Educational Video/DVD for Liquid Drum Theater, and Best Recorded Performance of the Year (8 times) for Dream Theater’s Awake, A Change of Seasons, Falling Into Infinity, Scenes From A Memory, Six Degrees of Inner Turbulence, Score, Avenged Sevenfold’s Nightmare and The Winery Dogs debut. He also holds the distinction of currently being the youngest drummer in Modern Drummer’s Hall of Fame. 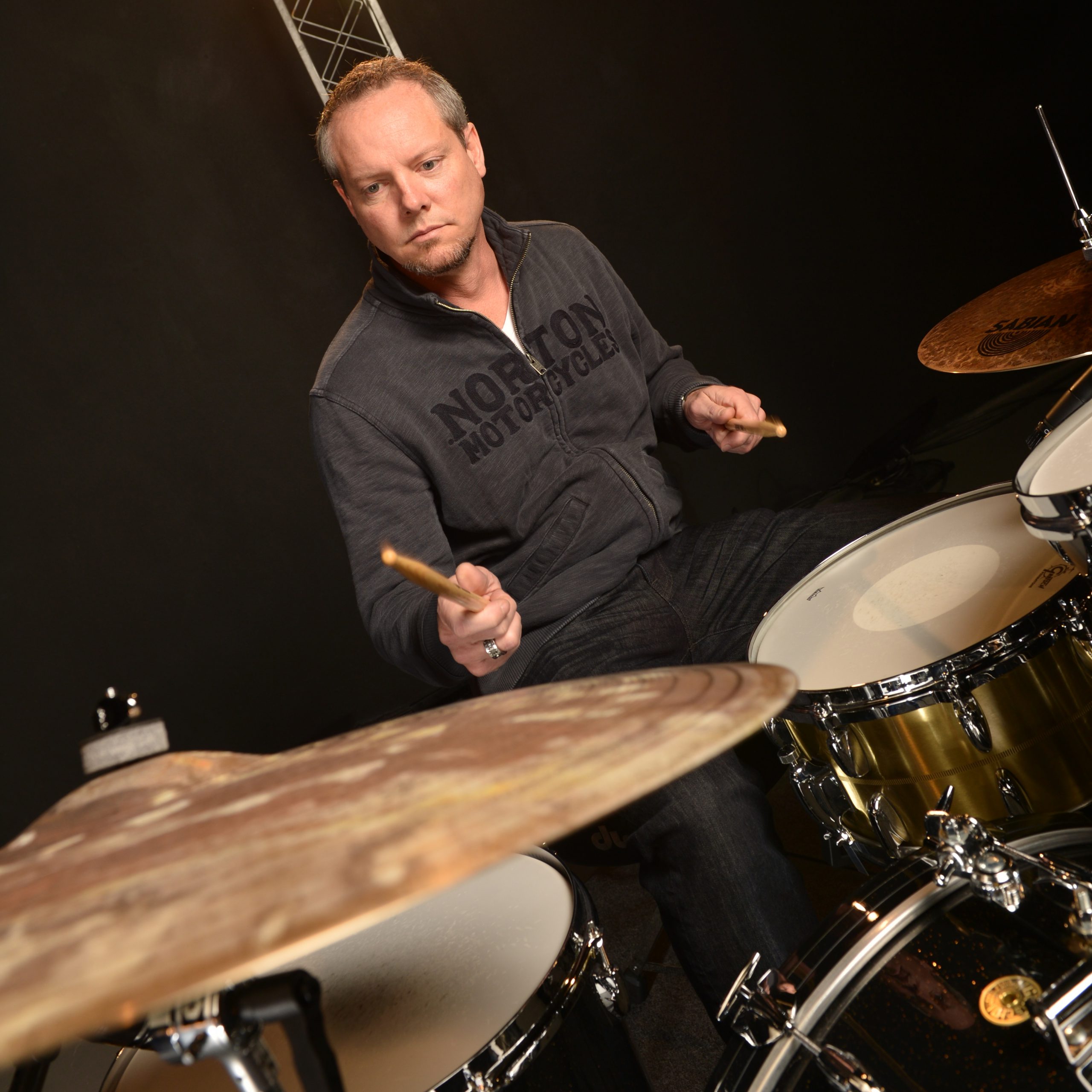 Chris Stankee is the Global Director of Artist Relations for SABIAN Cymbals and has been with the company since 2001. Chris helped design the Paragon range, Neil Peart’s Signature cymbals, Chad Smith’s Holy China and more. He was a touring pro when he came to know the good people at SABIAN. He also has a background in teaching and was a Product Specialist at Yamaha Drums after graduating from Berklee.

“Since meeting Chris on my first visit to the Sabian factory in Meductic, New Brunswick, many years ago, we have been very good friends. Apart from testing prototype cymbals together and his occasional appearances as guest drum tech, there have been many requests for promotional appearances, dinner dates, or joining me on motorcycling adventures. Thus I am delighted to see him promoted to this international office – hoping he’ll have less time to bother me,” comments Rush drummer Neil Peart. 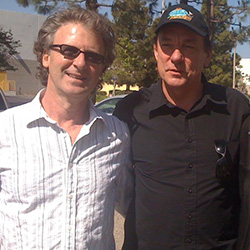 Rob Wallis has been playing drums since age 10, when he took his Slingerland set (with a Kent silver snare drum) to the local Kiwanis Club for a battle of the bands with The Revised Edition. He performed in bands throughout elementary school, high school and college, and later played in clubs in New York City and on Broadway, while also recording numerous radio and TV jingles. In 1980, while studying at a drum school on 42nd Street in New York City, he learned the school, Drummers Collective, was for sale and took over in a partnership with Paul Siegel. Soon after, they began the first instructional drumming video company in the world, DCI Music Video, debuting with such top artists as Bernard Purdie, Ed Thigpen, John Scofield and Lenny White. In late 1982, Rob convinced the legendary drummer Steve Gadd to participate in his own instructional video, and the result was “Up Close,” a title that broke through to set a new course for drum instruction. Two years later, Steve Gadd followed up with the “In Session” video, delivering a now-famous performance by playing brushes on a box held by Rob. Over the next few years, DCI Music Video released instructional videos with legendary bass player, Jaco Pastorius; Chick Corea; B.B. King; Carlos Santana; and Neal Peart, among hundreds of others. Rob went on to also co-found Manhattan Music Publications, the print arm of DCI Music Video. Manhattan Music released a large catalog of landmark books, kicking off with the release of the award-winning “Afro-Cuban Rhythms for Drumset,” by Frank Malabe and Bob Weiner.

In 1992, DCI Music Video and Manhattan Music were sold, and Rob worked for the eventual owner, Warner Bros Music Publications, for five years.

In 1997, when his contract expired, Rob left Warner Bros to start Hudson Music, which took advantage of evolving technology to produce a new series of impactful instructional products on DVD and online. Rob went on to found the Drum Guru App in 2012, expanding access to the world’s greatest drummers in short lessons that could be accessed by smartphone or tablet. Drum Guru, available now as an online app, has more than 100 lesson packs available with artists like Steve Smith, Steve Gadd, David Garibaldi and many others.

In 2018, Rob began Hudson Music Digital, the online “Amazon” of digital drum books. Two years later, the catalog has over 200 drum books available digitally, including virtually all of the classics. Recently, Hudson Music released a catalog of more than 200 drum-less tracks that allow drummers to play along.

Hudson Music, Hudson Music Digital, Hudson Music Play-Alongs and Drum Guru continue to release and inspire drummers worldwide. Rob is currently expanding his catalog of biographies of drummers, after publishing autobiographies by Liberty DeVitto and Bobby Morris and deeply researched studies of Buddy Rich and, most recently, Jeff Porcaro. He is a popular guest on drum podcasts and works closely with the drum community to support drummers and drum education around the globe.

Join friends and colleagues of Neil as they share stories of their time with “The Professor”, Neil Peart. 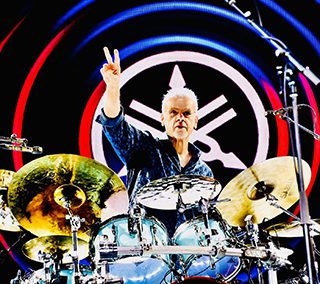 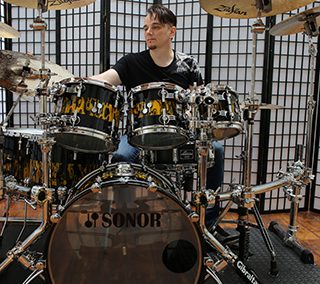 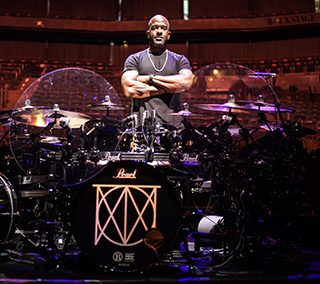 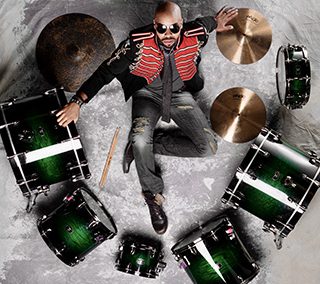