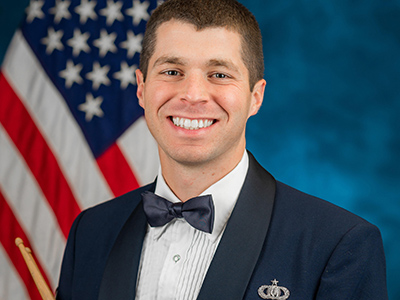 Matt Penland is a percussion performer, educator, and arranger based out of Washington, D.C. where he is a percussionist in the United States Air Force Band. Matt is a percussion instructor at the Santa Clara Vanguard as well as a music arranger at Music City Drum Corps, Guardians Drum Corps and the Hawthorne Caballeros. Matt’s performance accolades include: 3rd Prizewinner of the TROMP International Percussion Competition, Top Prizewinner of the Atlanta Modern Snare Drum Competition, DCI Individual and Ensemble Tenor Champion and PASIC Collegiate Tenor Solo Champion. As a performer in DCI Matt was a member of the Crossmen, Carolina Crown, Phantom Regiment and Santa Clara Vanguard. Matt earned a Bachelor of Music Performance degree from the University of North Texas and a Master of Music Performance degree from Northwestern University. He proudly endorses Dynasty, Innovative Percussion, and Zildjian products.

The page you requested could not be found. Try refining your search, or use the navigation above to locate the post.