Neil Grover is the Founder & President of Grover Pro Percussion, Inc. His design contributions to the art of percussion has had a global reach. He has presented over 200 clinics across North America, Europe, Asia and Australia. He has presented at PASIC, TMEA, Midwest Clinic, and many other top educational events. He is the author of “4 Mallet Primer” as well as co-author or four additional volumes published by Meredith Music. His company holds the distinction of being featured on two episodes of the Discovery Channel’s “How It’s Made”. Neil was Chair of the percussion programs simultaneously at Boston Conservatory and U Mass – Lowell.. He also served on the PAS Board of Directors for 12 years. A veteran percussionist, Neil has performed for over 35 years with the Boston Symphony & Boston Pops. Recently, he was the arranging producer of “Songs of Good Cheer”, one of the top holiday albums of 2016 which featured Tony nominated actress Maureen Brennan. 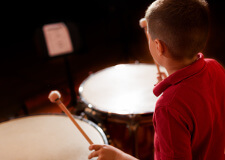 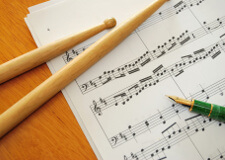