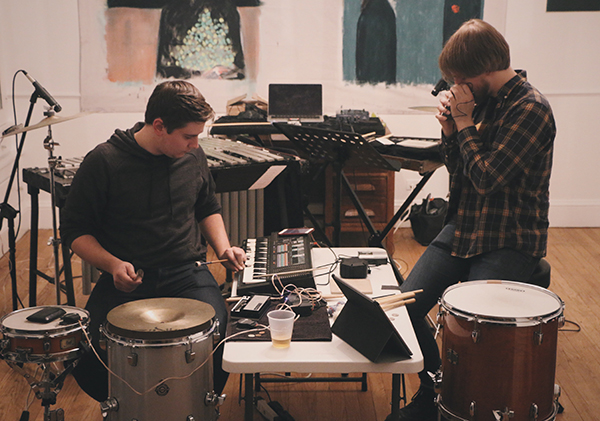 ABOUT THE IMPROV SESSION: Neutrals – Improvisation

Playing improvised music is a significant part of what we do as an ensemble (and one of the things that got us started outside of the chamber playing we were already doing in school), both as participants in the contemporary improviser community and the general Midwestern noise music scene, and a strong influence on our group aesthetic. Our first ever performance as Neutrals was a basement show sharing a bill with Aaron Levy and Jason Lescalleet, among others. The music we make takes elements and cues from acoustic percussion improv techniques (friction, aural phenomena, extended techniques, etc) as well as electronic and noise techniques (cassette manipulating, feedback, loops, amplified sound) to create music grounded in our classical training but more influenced by the underground scenes we more easily occupy. I feel that an improv music set would be a prime example of who we are/what we do as a group.