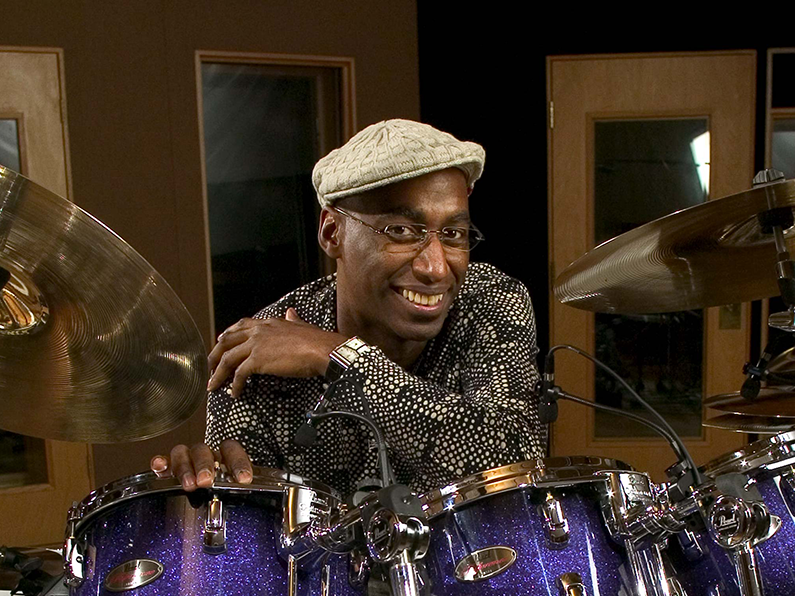 From playing in his father’s band at age ten to selling out stadium shows with Madonna, Omar Hakim has done it all. His talent and unique style have made him a favorite among drummers and musicians worldwide.

A graduate of the New York School of Music and Art, Omar began his career recording with various pop and soul groups. His father, Hasan Hakim, had played trombone for Duke Ellington and Count Basie and that influence helped to warm the younger Hakim’s ear up for the part he would play in one of the most famous jazz fusion acts ever, Weather Report. “I had a natural affinity for drums and rhythm very young,” says Hakim. “I started playing drums at about age five, when I got a toy drum as a Christmas gift from an uncle. They strapped that thing around my neck and I immediately started playing one of those marching cadence kind of beats.”

In 1982 he joined Wayne Shorter and Joe Zawinul in recording the critically acclaimed albums Procession, Domino Theory, This Is This, and Sporting Life with Weather Report. During his three-year stint with them, Omar also managed to land the drum chair with Sting for his first solo release Dream Of The Blue Turtles. With subsequent tours and recordings with artists such as David Sanborn, Dire Straits, Marcus Miller, Mariah Carey, Miles Davis, Chic, and David Bowie, he was known as a major force in both the jazz and pop worlds. “Sometimes, if people know you from rock, they think of you as a rock drummer and don’t expect you to play anything else. Or, if they know you in jazz, then they typecast you as a jazz drummer,” explains Hakim. “I was conscious of the fact that I didn’t want people to know me as a rock drummer or a jazz drummer, but as a total musician. So I always made sure I let people know that I was about music.”

In 2000 Omar released his 2nd Solo CD “The Groovesmith” which was Produced, Recorded and Mixed in his personal recording studio “The OH-Zone”. Omar is in the Final Stages of Production on his long awaited 3rd Album, titled “We Are One”. This Exciting and Eclectic Album features Omar’s Singing, Writing and Performances on Guitar, Keyboards and Percussion, as well as of course…his outstanding Drumming! Other guests include, Chieli Minucci (Guitar), Gregoire Maret (Harmonica), Scott Tibbs (Keyboards and co-composer), Abdul Zuhri (Guitar) and Jerry Brooks (Bass). Look out for this Amazing Project Spring 2008!

In addition to being a first call session/touring drummer and clinician, Omar is a well-recognized producer/multi-instrumentalist and has recorded two solo releases under his name. 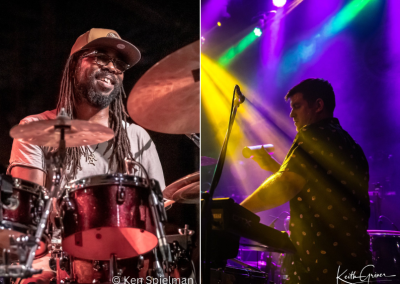 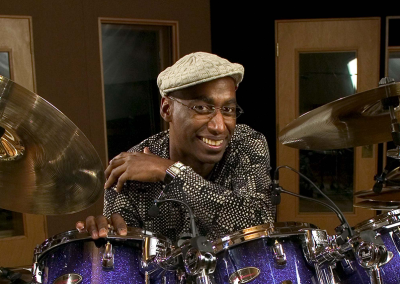 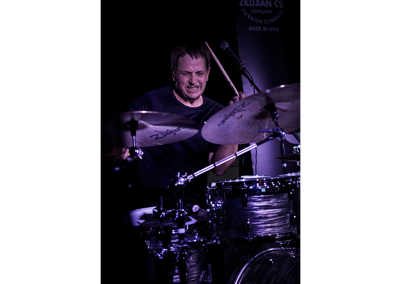