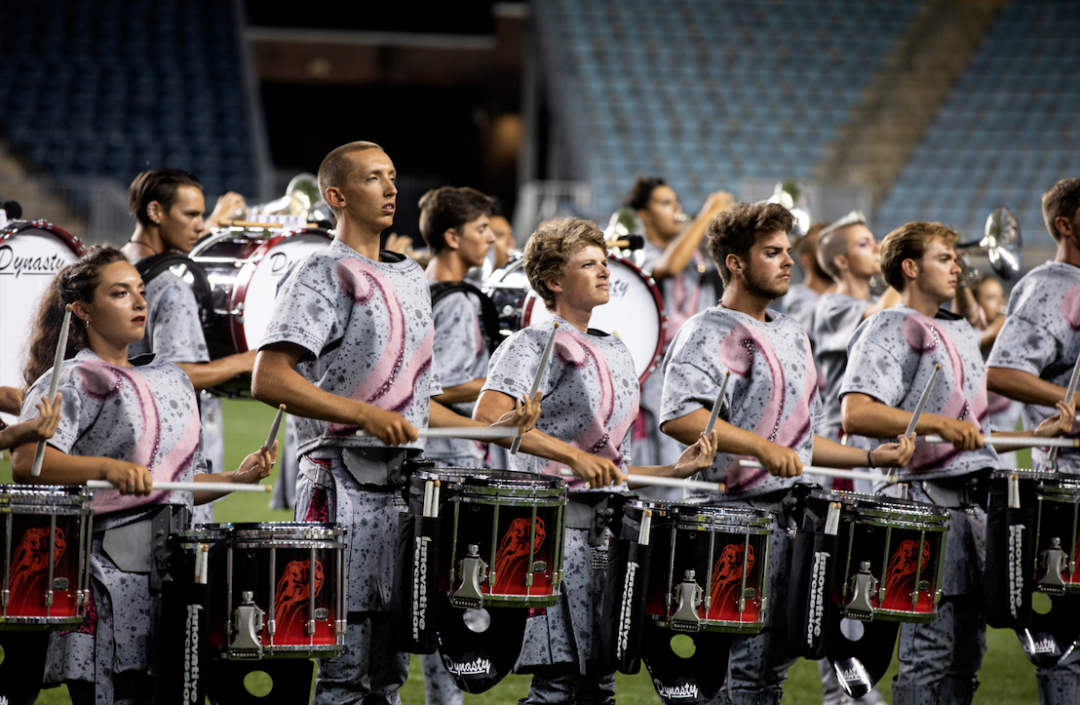 The Santa Clara Vanguard Drum & Bugle Corps is our World Class performing ensemble and one of the founding groups of Drum Corps International (DCI). Formed in 1967, Vanguard (A-Corps) travels between ten and twelve weeks each summer throughout the United States performing in competitive field shows and parades.

Vanguard won its first championship title in 1970 at the American Legion Championships and went on to win the coveted Veterans of Foreign War Championships in 1971. Vanguard has won seven DCI World Class Championship titles (1973, 1974, 1978, 1981, 1989, 1999, 2018) and holds the distinction of being the only drum corps to make Finals every year since DCI was formed in 1972.