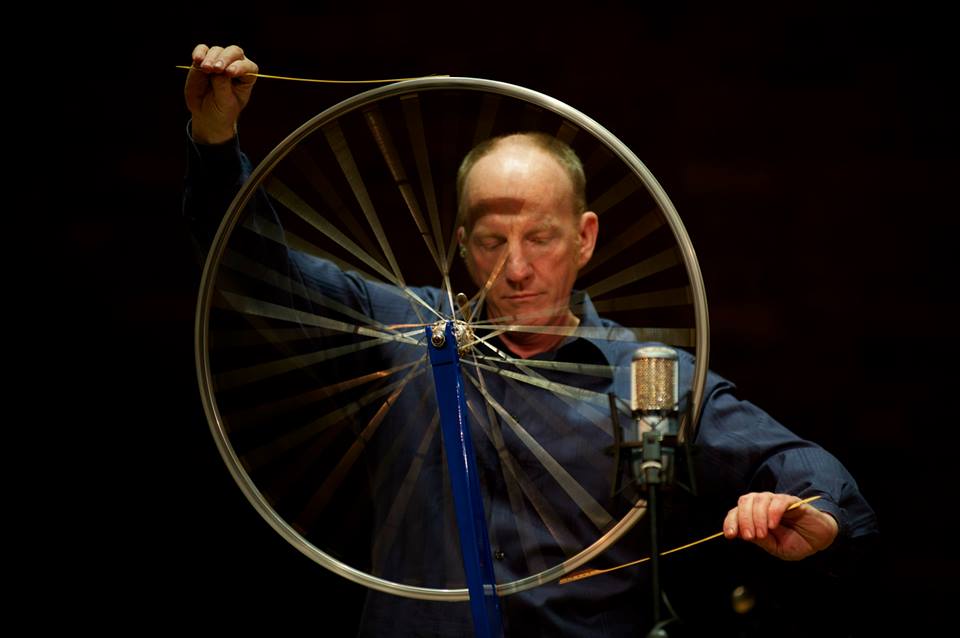 ABOUT THE PERFORMANCE PIECE: Jack Walk (2012) by Scott Deal

Jack Walk (2012) begins with interactivity between the soloist and electronic representations. Simultaneously, a laptop musician samples and reprocess the live percussion while channeling the audio back into the mix. Layers of sonic material emanating from the drummer’s kit blur the virtual and real, while the music and imagery evoke imaginary lines tracing physical and conceptual flows of energy.