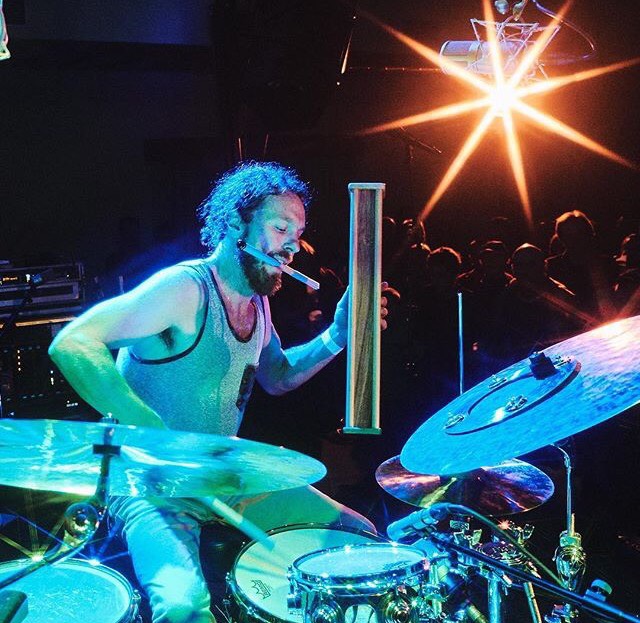 Scott is a multiple-time industry award winner and a Top Four Finalist in the Guitar Center Drum-Off, the largest drum competition in the world. He has been nominated as the best up-and-coming player in Modern Drummer and listed as one of the top music educators in the world.
In his career, Scott has educated in hundreds of clinics and assemblies, developed signature products for Dream Cymbals, produced an album with his band, SP3. Scott has made appearances at the Victoria Drum Fest, Montreal Drum Festival, Australia’s Ultimate Drummers Weekend, Cape Breton International Drum Festival, SXSW® festival, Tedx events, and many more. Scott also performs and demonstrates signature products at NAMM, Musikmesse and PASIC every year. Scott currently resides in Grand Haven, Michigan working as the head percussionist and drummer at Third Coast Recording Company.

ABOUT THE CLINIC: Beyond the Box Drumming

Scott has been dubbed the Mad Scientist and Chemist of drumming, inspiring musicians all over the world. From starting viral video madness by putting a rubber chicken in his hi-hat to 4 million views with a drum solo on a 3-piece kit at Drumeo, he has become an influencer for creative, inventive and unique drummers. He utilizes experimental voicing, abstract colors, imaginative textures and soundscapes on the traditional drum kit. DIY musicians have learned how to apply his expressive techniques on the stage and in the studio. His methods push drummers to re-envision everything they know and use everything at their disposal to find a true sound and create the best music possible. In the current music environment, where the human element is less valued than technical precision, Scott encourages risk-taking and embracing imperfection. With one foot firmly planted in the history, tradition, and the art of drumming, and the other foot kicking into the future. Let’s check out the Rhythm Lab