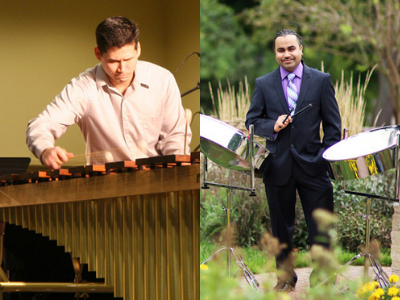 About The Kevin Bobo/Liam Teague Duo

Kevin Bobo is currently serving as Professor of Music (Percussion) at the Indiana University Jacobs School of Music, a position he has held since 2007. Internationally respected as a marimba artist, Bobo has performed on five continents. His compositions are performed all over the world with his solo works frequently appearing on international competition repertoire lists. He has authored two method books and composed numerous pieces for a variety of instruments and ensembles. Hailed as the “Paganini of the Steelpan”, Liam Teague currently serves as Professor of Music and Head of Steelpan studies at Northern Illinois University. His commitment to demonstrating the great musical possibilities of the steelpan has led to the premieres of dozens of new compositions for the steel pan and taken him throughout the world having performed with National Symphony Orchestra, Taiwan National Symphony, Czech National Symphony, and Saint Louis Symphony to name a few. 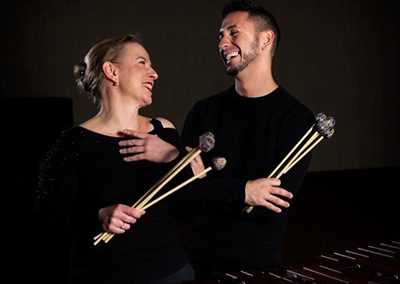 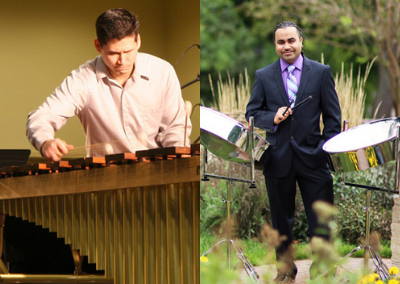 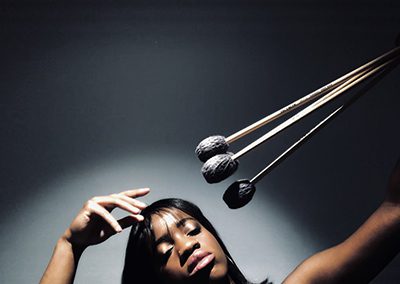 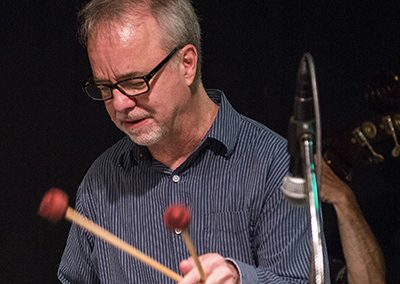