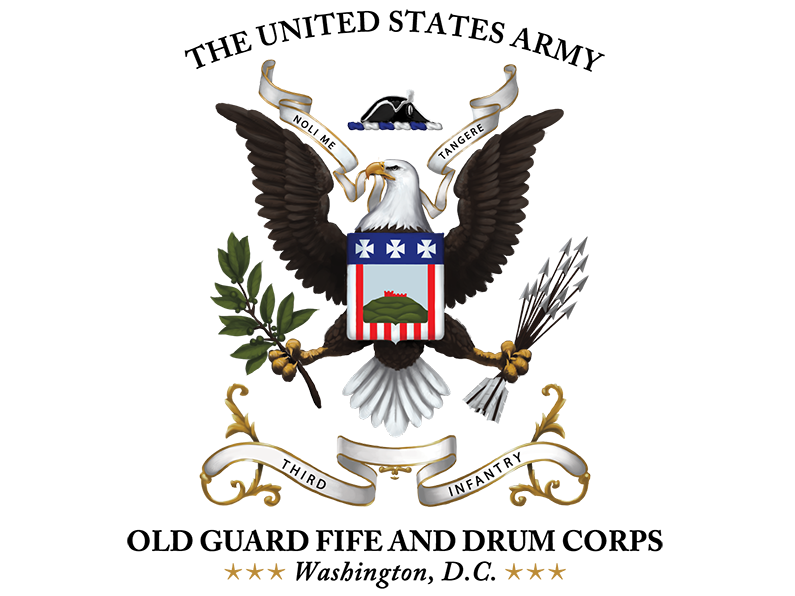 The United States Army Old Guard Fife and Drum Corps is the only unit of its kind in the armed forces and is part of the 3rd U.S. Infantry Regiment. The corps recalls the days of the American Revolution as it performs in uniforms patterned after those worn by the musicians of General George Washington’s Continental Army. Military musicians of the period wore the reverse colors of the regiments to which they were assigned. The uniforms worn by members of the Corps are dated circa 1784, consisting of black tricorn hats, white wigs, waistcoats, colonial coveralls, and distinct red regimental coats. The 69-member Corps uses 10-hole fifes, handmade rope-tensioned drums and two-valve bugles. In support of the president, the Corps performs at all armed-forces arrival ceremonies for visiting dignitaries and heads of state at the White House, and has participated in every Presidential Inaugural since President John F. Kennedy’s in 1961.